It’s safe to say that the third series of Game of Thrones was probably the best one yet with its majestic storylines, compelling character arcs and THAT heart-wrenching Rains of Castamere episode.

But while fans have been waiting impatiently for the new series to arrive, they will be pleased to know that the HBO show’s upcoming fourth season has finally released a trailer which teases some of the key storylines involving characters we love and hate.

Following the harrowing events of the Red Wedding in the last series, the Lannisters are looking to celebrate some more with the upcoming wedding of King Joffrey (Jack Gleeson) and Margaery Tyrell (Natalie Dormer). However the arrival of a vengeful individual from Dorne threatens to complicate matters and when a shocking event occurs, Tyrion (Peter Dinklage) finds himself in trouble.

There is also an awkward reunion for siblings / lovers Cersei (Lena Headey) and Jamie (Nikolaj Coster-Waldau) as the pair struggle to reignite their forbidden romance.

After his difficult period with the Wildings, Jon Snow (Kit Harington) is now back in Castle Black and warns the Night’s Watch that they face a deadly attack from Mance Rayder’s army. However Jon is also facing up to the prospect of an unhappy reunion with his former lover Ygritte (Rose Leslie) as she plots revenge over his betrayal in the previous series.

Across the Narrow Sea, Daenerys Targaryen (Emilia Clarke) decides to occupy the city of Meereen with the help of her supporters and her army of Unsullied soldiers. At one point during the preview, the Khaleesi delivers a chilling message; “They have a choice, they can live in my new world or die in their old one.”

Meanwhile, Arya Stark (Maisie Williams) and The Hound (Rory McCann) find themselves traveling through the Riverlands despite both being marked people while Bran Stark (Isaac Hempstead-Wright), Hodor (Kristian Nairn) and the Reed siblings encounter more trouble in their journey to find the “Three Eyed Raven.”

Elsewhere, Stannis Baratheon (Stephan Dillane) decides to focus on a new strategy with the continued support of his loyal right hand man Ser Davos Seaworth (Liam Cunningham) and Melisandre (Carice Van Houten). And finally, a broken Theon Greyjoy (Alfie Allen) is struggling to deal with his brutal suffering at the hands of Ramsay Snow (Iwan Rheon) as the pair are tasked with trying to take back a crucial Northern settlement. 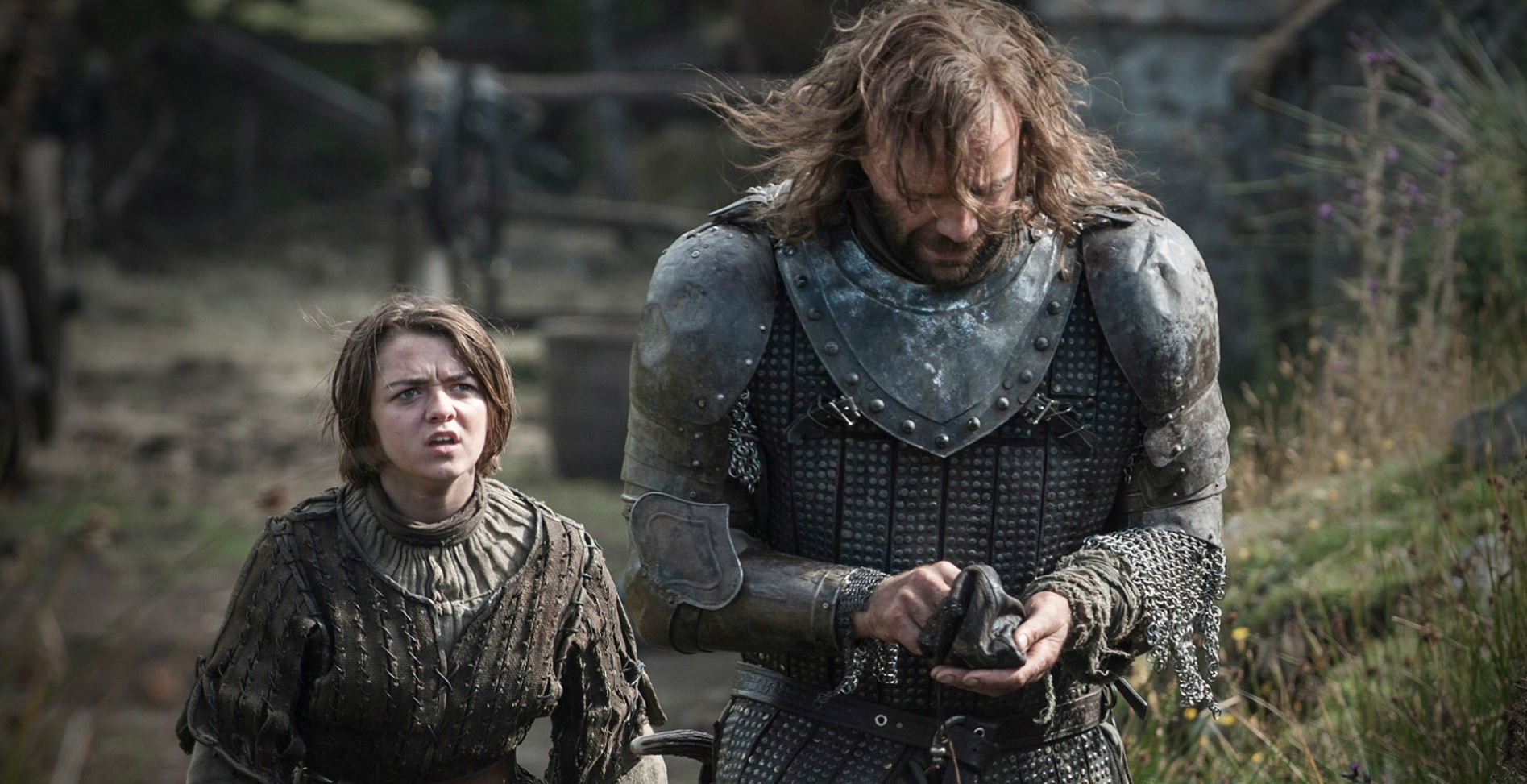 Interestingly, there are also three major recastings with the biggest being Michiel Huisman who replaces Ed Skeirn in the role of Daario Naharis. The other key changes of personnel see Dean Charles-Chapman cast as the new Tommen Baratheon while Icelandic heavyweight Hafþór Júlíus Björnsson becomes the third actor to take on the role of Gregor “The Mountain” Clegane.

The fourth season of the fantasy epic is based on the third book in George R. R. Martin’s series, A Storm of Swords and will begin on Sky Atlantic on Monday 7th April.

Winter is coming again my people!

Be the first to comment on "Game of Thrones Series 4 trailer: The Lannisters face a new threat while the Night’s Watch prepare for battle"